The Sophisticated Eater stumbled upon this gem on the twisty road to Hana. Hope you brought cash with you because this find is an SE's dream.

To be completely honest, The SE found this vegan ice cream paradise completely by accident. The SE pulled into Coconut Glen's parking lot after spotting a peeling rainbow eucalyptus tree by the side of the road. After running to take a picture, The SE felt guilty and walked over to CG's to buy a token treat to justify taking up one of their parking spots.

The SE hobbled over two dogs lounging on the steps to place an order inside CG's ice cream shack. A closer look at the menu revealed the ice cream to be filled to the brim with unique, DAIRY FREE flavors galore. Maybe this would actually be worth the spend!

The SE was pleasantly surprised after being told that each $7 coconut ice cream order came with two scoops. Still skeptical though, The SE played it safe and went with chocolate and cherry rosa.

As CG went to scoop the order, The SE silently cursed after discovering the ten mosquito bites acquired since exiting the vehicle. Willing CG to scoop faster, The SE hopped from one foot to another to escape the reach of more jungle nuisances.

Coco-loco scoops in hand, The SE ran to the vehicle just as it began to pour. A nibble as The SE shut the door revealed the ice cream haven that is CG. Hints of rosemary and hidden chunks of cherry and chocolate nestled inside The SE's scoops. The ice cream itself was light and airy without an overt coconut flavor that can sometimes overpower one's palate in other coconut ice cream varieties. The SE did a happy dance and made a mental note to stop for more on the way back.

While there are many roadside stands to choose from on the road to Hana, The SE is positive Coconut Glen's is a stop you will not regret. 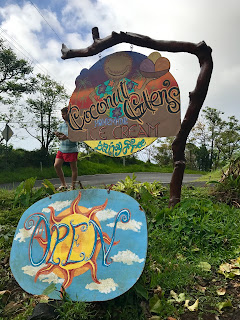 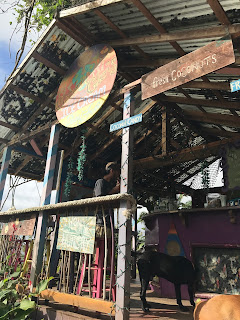 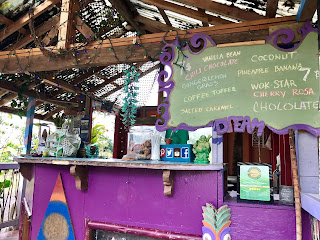 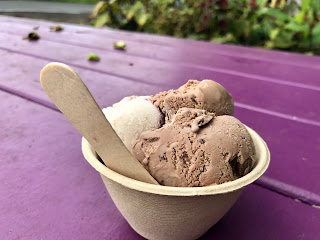 Coconut Glen's can be found from 11:00am - 5:00pm at mile marker 27 1/2 on Hana Highway in Maui, HI. The SE highly recommends opting for the chocolate and cherry rosa, pictured here. 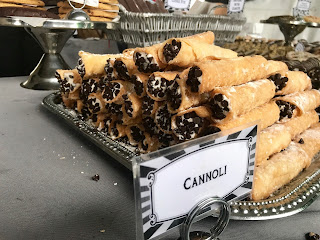