The Sophisticated Eater came across Frida's while in search of something, ANYTHING, that was not subpar thai, viet, or chinese (The SE firmly believes the largest concentration of blue chip thai, viet, and chinese eateries lies in the Washington Metropolitan area, but more on that later).

Maybe it was the salt in the ocean or the smell of pork in the air - either way, it became clear to The SE that Mexican food, namely chips and salsa, was the answer.

After doing a quick survey of local eateries, The SE landed on Frida's. Several days in Lahaina had taught The SE that calling ahead may be wise, so a reservation was made.

Upon arrival, The SE discovered that the reservation was for naught - Frida's was packed and The SE popped a squat at the bar while waiting for a table to clear.

It was obvious why so many locals and tourists alike had  descended upon Frida's. Half the seats were placed on an outside veranda that overlooked the ocean, and even from the bar The SE was given a privileged view of the sunset spectacular going on outside of Frida's windows.

Even more spectacular was the red pepper salsa and chips placed in front of The SE along with a locally brewed saison. The chips were thick and crispy, but most importantly they were well seasoned. The salsa was a mix of grilled poblano peppers, tomatoes, garlic and green onion that began sweet and tangy then progressed to a deeper more savory burn.

On a whim, The SE decided to add the guacamole to this pre-dinner spread. Having found most restaurant guacs subpar, even in Mexico, The SE's expectations were not high. What arrived next was not your run-of-the mill guacamole. Guacamole, which can only be described as "fluffy", arrived with pieces of tomato folded inside of it. The pomegranate seeds sprinkled on top added a splash of fruitiness which instantly made The SE realize all guacamole should be a bit more fruity (because all SE's know avocado is a fruit, not a vegetable, right?). More chips surrounded this wondrous avocado concoction.

Perhaps the crazed plate-to-mouth frenzy gave The SE away as a true fan of the small work of culinary artistry Frida's had produced or maybe they were simply being generous  - either way, a small sample of special  spicy guacamole arrived which cemented their status as SE-worthy fare. 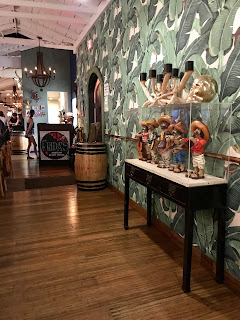 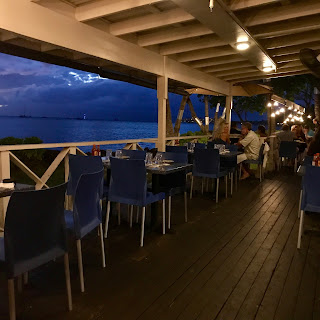 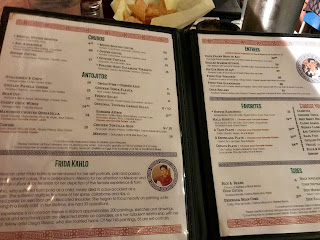 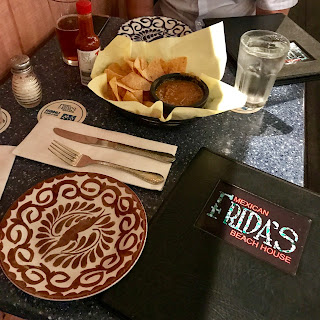 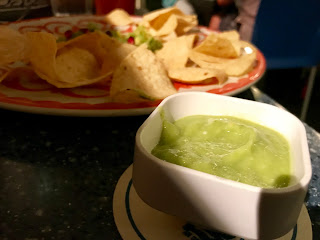 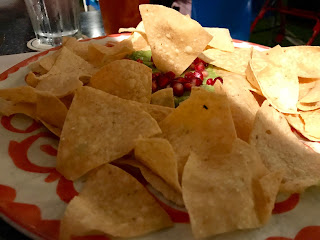 Frida's Mexican Beach House is open daily from 11am - 9pm in Lahaina, HI. A reservation is highly advisable.