The Sophisticated Eater was found in the notoriously seedy Tenderloin district of San Francisco at a self-proclaimed "Healthy & Fresh" vegan eatery. With high hopes and an empty stomach, The SE marched into the Golden Era Vegan Restaurant to put their menu to the test.

Despite chaotic sidewalk activity a few blocks down, The SE was pleasantly surprised once ducking inside the eatery. The interior was dressed in floor-to-ceiling browns & greens in what could only be meant to evoke a sense of eating in nature. Large wood panels were strategically placed overhead to hide unseemly duct work. A plentiful mix of booths and tables were all immaculately cleaned by staff and were mostly occupied by eaters a full hour before the typical dinner rush, a good sign.

After plopping down at the nearest unoccupied table, The SE picked up the menu and skimmed through Golden Era's offerings. Typical fare seemed to consist of a wide range of pan-asian dishes. The SE has had many disappointed encounters with subpar pan-asian vegan dishes before (using soy protein for meat does not a SE meal make!) so to truly test the creative range of Golden Era's menu, the mushu rolls, miso kale, and sauteed basil eggplant & mushroom entree were all ordered. For research purposes.

Sitting back, The SE glanced around the room to see what other eaters had ordered. Spying an interesting looking noodle soup dish, The SE experienced a moment of outright panic. Was it possible... that The SE had ordered the wrong items... ? After all, weren't soups the true test of vegan culinary prowess due to the ingenuity needed to whip up a plant-based as opposed to meat-based broth? Of course they were!

After a few minutes of internal anguish, The SE was relieved when several fresh, colorful, and fragrant dishes arrived at the table. Faith in The SE's superior ordering skills was immediately restored.

A bite of the mushu rolls proved them to be a tasty and unique take on a well-known Chinese dish. Avocado, tomato, sesame cabbage, lettuce, and soy protein were rolled together and wrapped in a fresh, savory paratha flatbread. Despite their lack of meat or hoisin, The SE found them to be an indulgent vegan alternative to their namesake dish.

The miso kale featured blanched kale leaves with a drizzle of highly concentrated, though not overpowering, miso dressing accompanied by a sprinkle of sesame seeds.

Last, but certainly not least, The SE sampled the Thai-inspired basil eggplant dish, the perfect splurge to accompany a plate of (very tasty) leaves. Everything about this dish was perfection. Thin slices of button mushrooms & silky tofu were tossed in a salty-sweet dark soy sauce mixture amongst generous chunks of sauteed eggplant. In the fervor to get these appetizing eats on the plate, The SE admittedly dropped more than few pieces of eggplant on the table (5-second rule, always).

After sitting back to assess the damage, The SE nodded in satisfaction. Yet another arduous trek to an unknown eatery had paid off.

The SE can neither confirm nor deny that a return visit was made the following day for a repeat adventure. 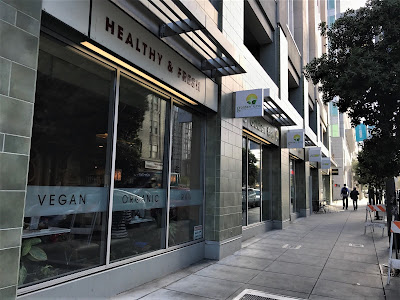 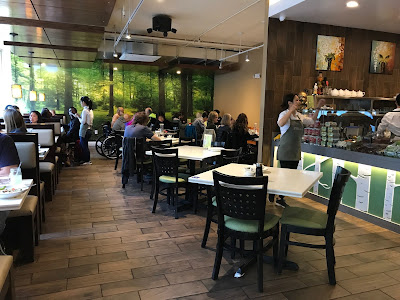 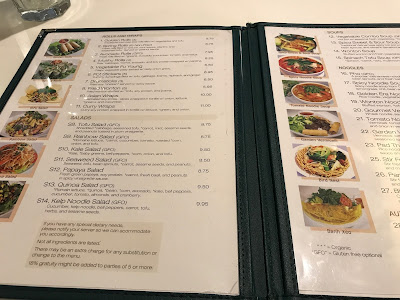 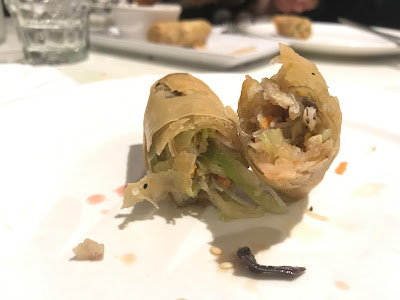 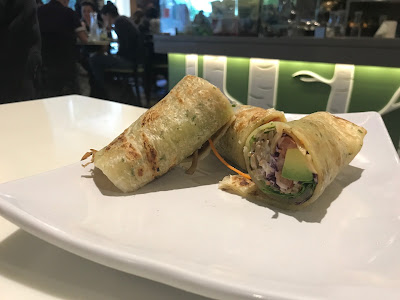 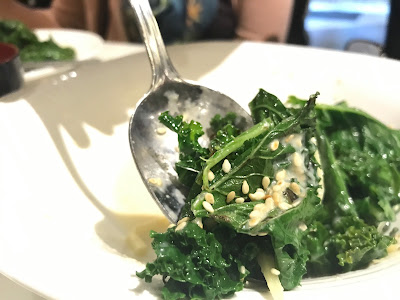 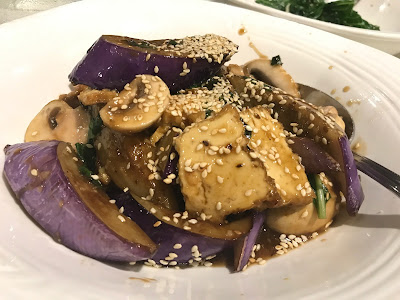 Golden Era Vegan Restaurant is open daily from 10:30am - 8:30pm at 395 Golden Gate Avenue. Ridesharing to this part of town highly recommended.