The Sophisticated Eater was found in Georgetown when a sudden torrential downpour unleashed its wrath upon the city. Water poured from the sky as wind whipped around corners and newly formed city-rivers gushed down streets. A mom walked past The SE, carefully balancing an umbrella over a bemused looking newborn while a shopping bag-toting dad trailed miserably (sans umbrella) behind them. The SE suppressed the urge to laugh and re-focused on the task at hand: find Zannchi.

Zannchi is a self-described "casual Korean restaurant" which those that frequent Korean eateries will immediately pick up on. Zannchi is a (literal) hole-in-the-wall eatery on Wisconsin Avenue between P and Q - blink and you'll miss it. The SE walked back and forth past their location several times before actually making it through the doors.

Exposed brick walls and single string lights dispel the underlying aura of formality found in many traditional Korean restaurants. Zannchi oozes charm, youth, and an all around sense of dining at home amongst friends.

The SE squeezed past a fellow eater to make it to an open table by the window. As The SE settled in, a hot bowl of miso soup arrived in a golden ramekin. Taking this is a sign of better things to come, The SE ordered fried mandu dumplings, jap chae noodles, and a bulgogi beef bibimbap rice bowl.

Leaning back, The SE gazed out on the street. Rain pounded angrily against the window, demanding to be heard against the gentle murmurings inside the eatery. Tourists paused under the awning for a brief reprieve from the storm before moving on to their final destinations.

Happy to be inside where it was dry and, most importantly, where there was food, The SE sat up eagerly as a friendly gentlemen arrived at the table and laid down the dishes.

The SE stared at the fried mandu uncertainly - did the kitchen know they had released these bloated dumplings to the world? Had they perhaps been meant as a personal snack? The SE took a small bite...and promptly decided it would probably best to just let sleeping dogs lie.

The mandu were delicious. Crispy and chewy with a generous amount of juicy meat filling on the inside, almost reminiscent of a soup dumpling. As The SE was chowing down enthusiastically on the mandu, the friendly gentlemen was overheard telling the next table over that Zannchi was temporarily out of mandu. The SE nodded in approval. These mandu are obviously handmade every day, in house, with lots of care - no cutting corners here.

Moving on, The SE pulled the jap chae noodles over for a closer inspection. At first glance, they did not look promising. While the dish was undoubtedly beautiful, The SE was worried that the noodles were dry with little to no seasoning. Just goes to show that pre-judging a dish by its looks never pays off - they were delicious. Glorious threads of glass noodles were seasoned to the core yet seemingly had half the oil as other dishes of similar quality, thus the misperception of them being dry. Blanched mushrooms, carrots, and spinach added a crunchy contrast to the chewyness of the noodles.

The SE made a decent sized dent in the jap chae before having to call it quits. Signaling the friendly gentlemen over to the table, The SE nodded in satisfaction at the day's find. Picking up an umbrella, The SE stood up and mosied over to the door, mentally preparing to brave the relentless waves of water wreaking havoc outside. 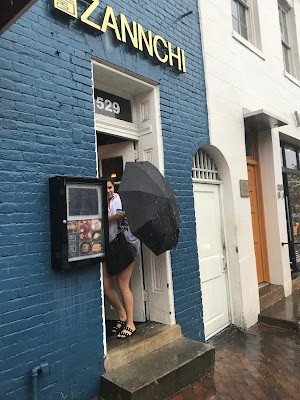 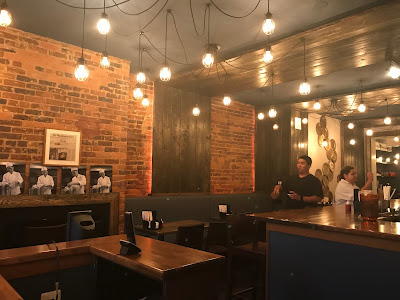 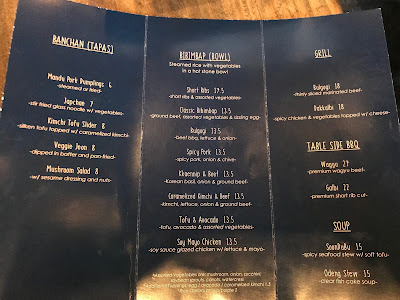 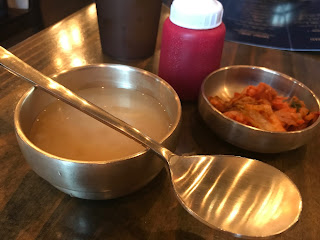 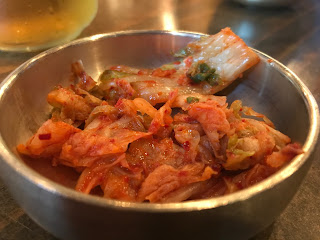 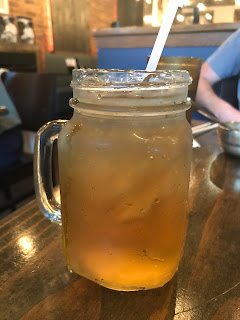 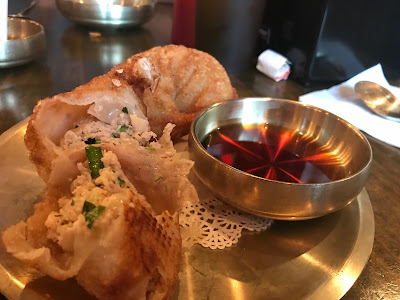 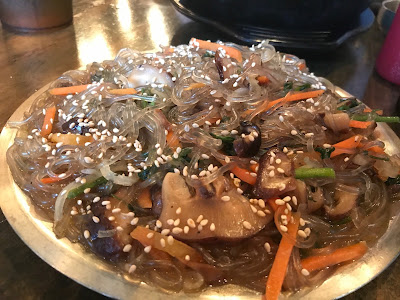 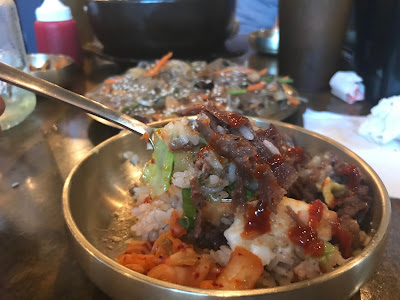 Zannchi is open daily from 11:30am - 10:00pm at 1529 Wisconsin Avenue. Calling ahead for a reservation, especially for large parties, highly recommended due to limited seating. 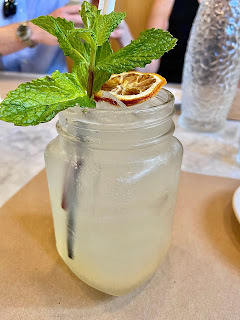